Posted at 10:19h in From our members, In the News by Caley Cook 0 Comments
0 Likes
Share 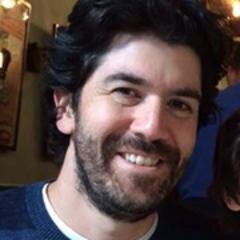 The announcement last week that Al Jazeera America would be shutting down in April hit me as a friend, a journalist and, most importantly, a news consumer.

I spent a year as the online news planning editor at AJAM after having moved over from Current TV, which Al Jazeera had bought and where I’d been the online managing editor.

The launch of a brand new cable news channel was a risky one, of course, and one made more complicated for U.S. audiences by the fact that its owner was the royal family of an extremely wealthy, oil-rich Muslim country. What kind of influence would such ownership have over the stories the channel and website would cover? Was the entire operation some sort of front for a subversive Islamic infiltration into the U.S.? These were serious questions I heard up to and through the launch of the channel and website, and still get to this day.

What I found was a collection of some of the finest journalists I have ever encountered, and a dedication to tell the kinds of important stories that had long been ignored. It seems trite, but it’s true.

New York Times columnist Anand Giridharadas referred in 2013 to AJAM as providing “a foreign gaze for domestic consumption.” But I saw nothing inherent to AJAM’s foreign ownership that drove coverage of deeply important issues, such asÂ infant mortality in the U.S.Â (an example Giridharadas used back then), theÂ effect of coal miningÂ on water, the environment and the community in West Virginia, and the lack of action on the part of police departments overÂ officers who commit rapeÂ â€“ an investigation that was published just this week. We were just editors and reporters who were given the chance to question assumptions and re-examine situations and circumstances that had long been accepted or disregarded.

In AJAMâ€™s Seattle bureau on the TV side, reporter Allen Schauffler and producer Kristin Fraser have brought tech, environment and public safety stories to a national audience, focusing on the human impact of the stories they report.

As an online editor primarily responsible for assigning stories to freelance writers around the country, I developed a network of freelancers spanning every state and was given the resources to pay them fairly for their work. Speaking for myself, the source of these â€“ at least for some time â€“ abundant resources was always something of a concern. But as long as editors and reporters were free to assign and write stories as they saw fit and there was no interference from ownership, this was about as rare an opportunity as you could find in journalism these days.

I left AJAM in July 2014 to become the director of the news office at the University of Washington, taking an opportunity to return to the city I love more than any other and at a place with its own stories to tell. But AJAMâ€™s closure hits hard and deep. The many friends I still have there, tremendous journalists who took a chance on a new venture, are now searching for places for land â€“ and virtually all of them have told me they have no regrets.

But as a consumer of news and as a citizen, the demise of another great news outlet stings. And itâ€™s becoming all too familiar.