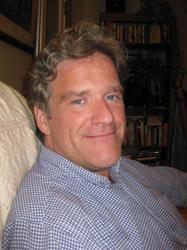 Posted at 09:00h in Contests, What it meant to win by Caley Cook 0 Comments
0 Likes
Share

— by board member Randal Beam

For Pete Jackson, the story he wanted to tell was about fear.Â  The fear that a Seattle cartoonist was experiencing after being declared a target for execution in a fatwa.Â  And the fear â€“ or at least the unwillingness â€“ of her government representatives to speak up in her behalf.

Jackson won a 2010 regional SPJ Excellence in Journalism Award for Online Commentary.Â  His winning article, “Who will speak up for Seattle cartoonist under fatwa threat?”Â  described what had happened to Molly Norris after she organized a facetious protest called “Everybody Draw Mohammed Day.”

There is less than a week left to submit your entries to this year’s SPJ regional contest! Write, produce or manage content online in the Northwest? Get recognized for your work: Check out the contest rules and categories and enter by Feb. 22.

That â€œeventâ€ was Norris’ First Amendment-inspired response to Comedy Centralâ€™s decision to bleep out references to the Prophet Mohammed in an episode of the hit series â€œSouth Park.â€ The episode had depicted Mohammed dressed in a bear suit, and the cable network apparently feared the dialog would antagonize Muslim terrorists.

Instead of the TV network, Muslim radicals turned their attention the creators of â€œSouth Parkâ€ â€“ and later to Norris.Â  One of them was Anwar al-Awlaki, a leader of Al Qaedaâ€™s affiliate in Yemen, who marked Norris for death.

In his column, Jackson writes of the indifference of Washingtonâ€™s state and federal representatives to Norrisâ€™s situation.Â  No elected official contacted her after Awlaki issued the fatwa.Â  None gave a statement of support.

â€œI think it was mostly fear, and that was the real story, frankly,â€ Jackson said in a recent email interview. â€œThe unwillingness of the political class to step up and express support for a constituent, an American citizen. No letters. No phone calls. Nada. Perhaps there was also a raw political calculus: What’s the value to me? If only Molly was a Teamster or a honcho with the Democratic or Republican National Committee, she just might have been heard. â€œ

Today, Jackson, who remains in touch with Norris, says that she seems to be thriving in a post-fatwa life.Â  Last September, a missile fired from an U.S. drone killed Awlaki.Â  And when he died, so did the threat to Norrisâ€™s life.

See a list of all last year’s regional Excellence in Journalism winners.