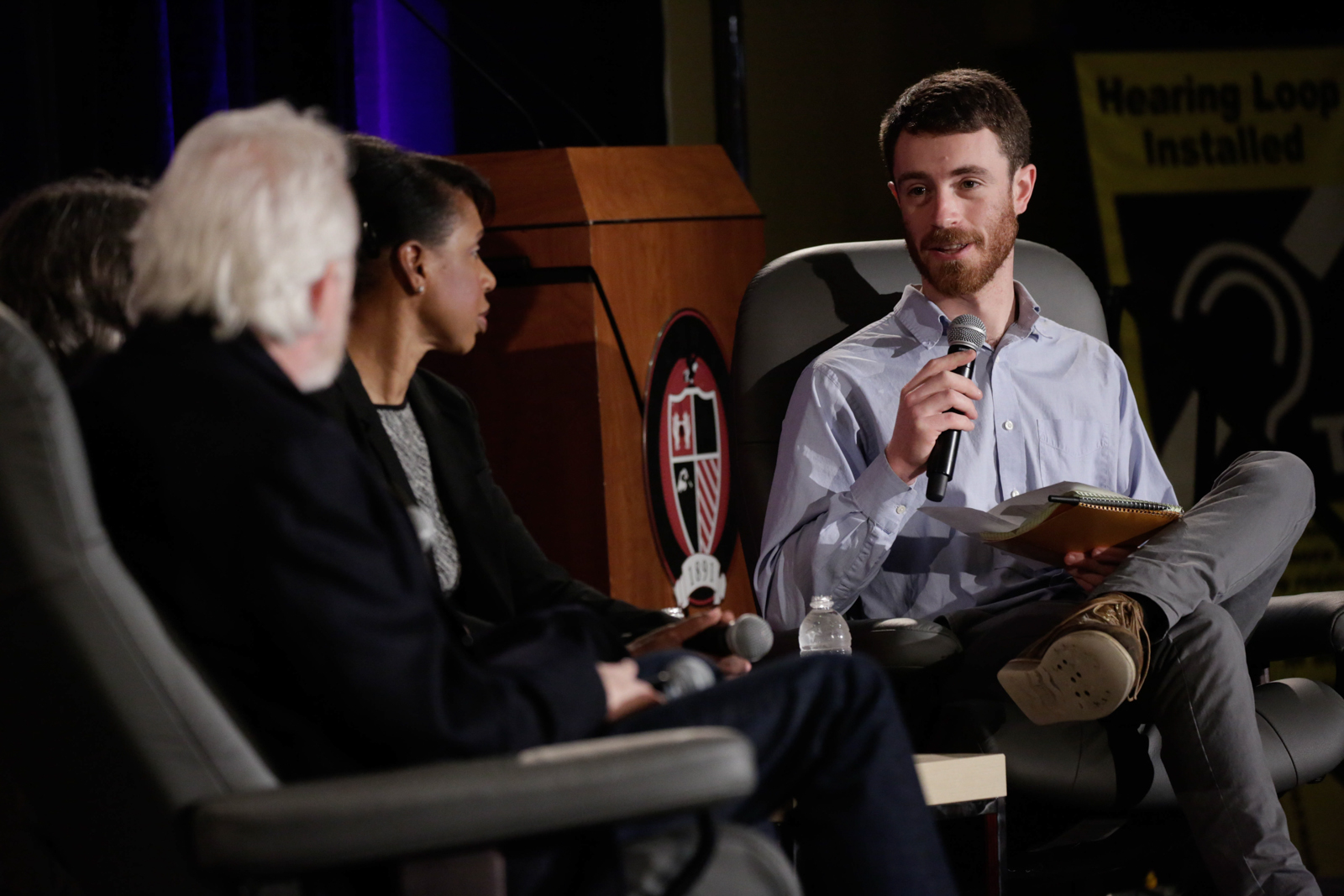 ARTICLE I: Scope and Purpose

NAME: The name of this organization shall be the Western Washington Chapter of the Society of Professional Journalists

PURPOSE: The purpose of this organization shall be the promotion of high standards of journalistic effort and of good fellowship among all professional journalists.

MEMBERSHIP: Membership in this organization shall be open to current members of the national Society of Professional Journalists organization, of which this chapter is a branch, upon payment of dues to the Western Washington Chapter if applicable.

BOARD OF DIRECTORS: The chapter shall have a board of directors up to 11 members consisting of the five current officers of the chapter, which includes the immediate past president (if applicable) and six other members. The six latter members shall be elected for two-year terms. If one or more of those members is elected as an officer after only one year of service, a member in good standing can run to fulfill the remaining one year on the two year board term.

RESPONSIBILITY: The board of directors shall be responsible for these functions: (1) membership;  (2) board meetings; (3) Annual journalism awards and scholarships; (4) Programming and resources (5) overseeing finances of the chapter.

BOARD MEETINGS: Meetings of the board of directors shall be called at the discretion of the chapter president or upon the request of two or more board members. The chapter president will serve as presiding officer of the board and shall preside at meetings. Five members constitute a quorum of the board. All questions shall be decided by a majority vote. The board can discuss and vote on issues via e-mail or other digital communication when approved by the president.

ELECTION: The president shall appoint, no later than April 1, a nominating committee of other board members which shall nominate at least one candidate for each office and board position at the May meeting, when nominations also may be made from the floor. All nominations shall be with the consent of the nominees. Nominees must be members in good standing at the time of election. If there are nominations from the floor then the ballot shall indicate who the nominating committee selected. Ballots, including a brief biography of each nominee, shall be sent out by the secretary to the board of directors within one week after the May meeting. Those nominees who receive the most votes among the board of directors shall be those elected. Ties will be decided by the president of the board. The nominating committee (unless any of them are running for a position) shall tally the votes and announce the results at the June meeting; at which time the officers and board of directors shall take office and serve until their successors have been elected.

VACANCIES: Vacancies among officers or board members shall be filled by majority vote of the directors present at any meeting at which a quorum exists.

REMOVAL: If a board member is deemed to not be fulfilling his/her responsibilities, the president or two board members can bring a motion to the board to remove the member. The removal process will require a quorum to pass.

COMMITTEES: Committees shall be established to carry out the chapter’s programs as determined by the president or by members of the board of directors, upon approval of the board. Adopted 10-30-75

There shall be a regular meetings of the chapter board each month except July and August, the time and place to be determined by the (officers) and approved by the board of directors.

SPECIAL: Special meetings shall be called by the president or the board of directors should circumstances warrant.

PROCEDURE: All business of this organization, except modification of the bylaws, shall be conducted as directed by the board of directors; except insofar as any action of the board may be repealed or modified by the membership. All regular business shall be determined by a majority vote of those meetings at which a quorum is present.

Bylaw changes must be first approved by the board of directors and then be put to a general membership vote. Members must have at least a week to review bylaw changes before they are asked to make a final decision.

RULES: Robert’s Rules of Order, insofar as they do not conflict with these bylaws, shall govern the conduct of meetings of this organization.

CHAPTER: The amount of local dues to be paid by each member of the chapter shall be fixed by the board of directors, subject to ratification by the membership. Dues shall be paid at the same time a member pays his or her national dues.

DISSOLUTION: In event this organization is dissolved for any reason whatsoever, all cash or other assets are to be turned over without further restriction to the Sigma Delta Chi Foundation for use in connection with any worthwhile endeavor, carrying out the general purposes of this organization, that the Foundation may deem proper.