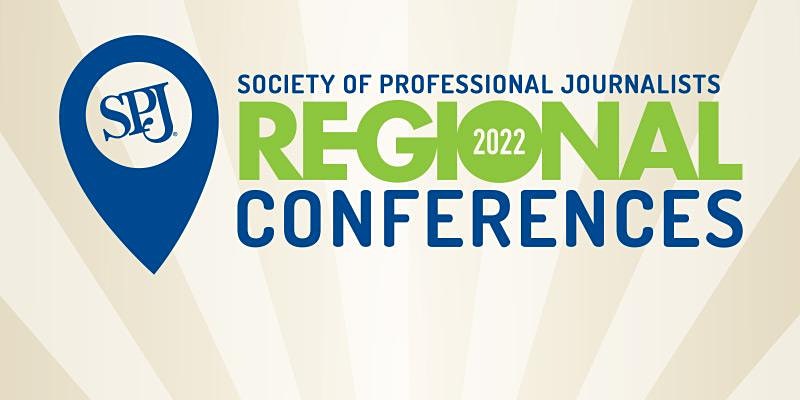 The 2022 Regional Conference will be a virtual event, but it will have great programming to help you be a better journalist. Get your tickets here – tickets are $20 and $15 for students.

We are offering a Super Session on using Google tools for data scraping and getting financial information that you can use in your stories.

We will have two breakouts, one where you’ll have a chance to “ask the FOI experts” from your state. We also have a program on how to cover Native American communities and issues such as tribal sovereignty.

We will also present this year’s Mark of Excellence Awards, which recognize the best in college journalism in our region, as well as being able to network virtually with your colleagues.

The workshops are hands-on and participants leave with a handout with links to tools, examples, training videos and more.

Google Finance and Investigating Companies: Learn how to scrape real-time and historical stock data into a dashboard spreadsheet. Also learn how to use the SEC, Violation Tracker and Form 990s. (Approximately 1 hour)

Instructor is Scott Leadingham. He works as the multimedia news manager for Northwest Public Broadcasting (NWPB), where he manages all things related to news and production at the station, including Morning Edition and All Things Considered, two of NPR’s flagship programs that NWPB produces and airs. He is a former education director for the Society of Professional Journalists and editor of SPJ’s Quill Magazine.

An opportunity to learn from experts in your state (Washington, Oregon and Idaho) about the laws around Freedom of Information.

Our Washington experts are Lunell Haught, president of the League of Women Voters of Washington, and Joan K. Mell of III Branches Law PLLC. Both are members of the Washington Coalition on Open Government (WACOG).

Lunell Haught is the President of the League of Women Voters of Washington, She has worked with the board to provide the public with civic education, voter engagement, and advocacy while ensuring equity and inclusion in all League work.

Joan K. Mell obtained her juris doctorate from University of Puget Sound School of Law with honors (’91). She has predominantly practiced civil law for more than thirty years with a few pro bono criminal cases in the mix. Ms. Mell has worked in all three branches of government, building her own firm III Branches Law, PLLC around her experiences with elected officials and government. She is an open government advocate who serves on the Board of Washington’s Coalition for Open Government. She was counsel in the Nissen v. Pierce County cases involving access to work-related text messages on the prosecutor’s personal cell phone.  She has also sought injunctive relief and anti-SLAPP protections where warranted.  She just entered a Consent Decree on open government redistricting violations by Washington’s Redistricting Commission setting precedent to deter against future open government abuses.

Oregon expert is two-time Pulitzer finalist Les Zaitz. An Oregon native, he started his professional journalism career right out of high school, hired in 1973 as a general assignment reporter for the Salem Statesman Journal. He continued writing as a staff reporter and correspondent while attending the University of Oregon, writing for the Springfield News, the Oregon Journal, UPI, and the New York Times. He has worked as an investigative reporter for The Oregonian, and as owner and publisher of the weekly Keizertimes newspaper in Oregon. He is currently editor and publisher of Malheur Enterprise<sp; co-founder and editor of the Salem Reporter; and editor with the Oregon Capital Chronicle, affiliate of States Newsroom. Les has won state, regional and national journalism awards for 40 years. In 2007, he was part of a team that won the prestigious national George Polk Award and was a finalist for the Pulitzer. He was a finalist for the Pulitzer in 2014. In his field, he has been a trainer, coach and conference speaker for decades. He is considered an expert in Oregon public records law and twice has served on state councils examining reforms of Oregon’s law. In 2017, Gov. Kate Brown appointed Zaitz to the newly-created Oregon Public Records Advisory Council, one of three press representatives. He retired from the council in 2021.

Idaho expert Scott McIntosh is the Idaho Statesman opinion editor. A graduate of Syracuse University, he joined the Statesman in August 2019. He previously was editor of the Idaho Press and the Argus Observer and was the owner and editor of the Kuna Melba News. He has been honored for his editorials, columns and reporting on education, business and local government by the Idaho Press Club and the National Newspaper Association.

The impact of McGirt on news coverage of Native American Communities

When the U.S. Supreme Court issued its 2020 decision in McGirt v. Oklahoma, it reaffirmed tribal sovereignty, and upheld treaty obligations and rights. In SPJ Region 10 (Washington, Oregon, Idaho, Montana and Alaska), there are large portions of each state which are tribal lands with more than 250 recognized Native tribes, and this has an impact on how journalists can and should cover stories on those lands.

A citizen of the Cherokee Nation and a third generation graduate of Oklahoma State University, Lenzy Krehbiel-Burton has covered the McGirt case and examined its consequences for both tribal and non-tribal media. She currently covers public education for the Tulsa World. She covered Indigenous affairs for a decade as a full-time freelancer, with her byline appearing in publications ranging in size from the late, great Bigheart Times (the self-proclaimed only paper in the world “that gives a diddly”) to The New York Times and just about everything in between circulation-wise. She is a former board member of the Native American Journalists Association and a past president of the Oklahoma Pro Chapter of the Society of Professional Journalists. When she is not chasing down leads, Krehbiel-Burton is usually chasing down her two children, her husband, her blue heeler or her cat who thinks he’s a blue heeler.

Rebecca J. “Becky” Tallent: An award winning journalist and public relation professional, Tallent was a journalism faculty member at the University of Idaho for 13 years before her retirement in 2019. Tallent earned her BA and M.Ed. degrees in journalism form the University of Central Oklahoma and her Educational Doctorate from Oklahoma State University. She is of Cherokee descent and is a member of both the Native American Journalists Association and the Society of Professional Journalists. For SPJ, she served on the national Education, Diversity and Ethics Committees, developed the #Press4Education program, served on the National Board of Directors as a campus advisor at large, and received the Wells Memorial Key for her service to the Society on 2019. She and her husband, Roger Saunders, live in Moscow, Idaho with their two cats.

This year’s conference is sponsored by The Seattle Times, with technical assistance provided by the University of Idaho.