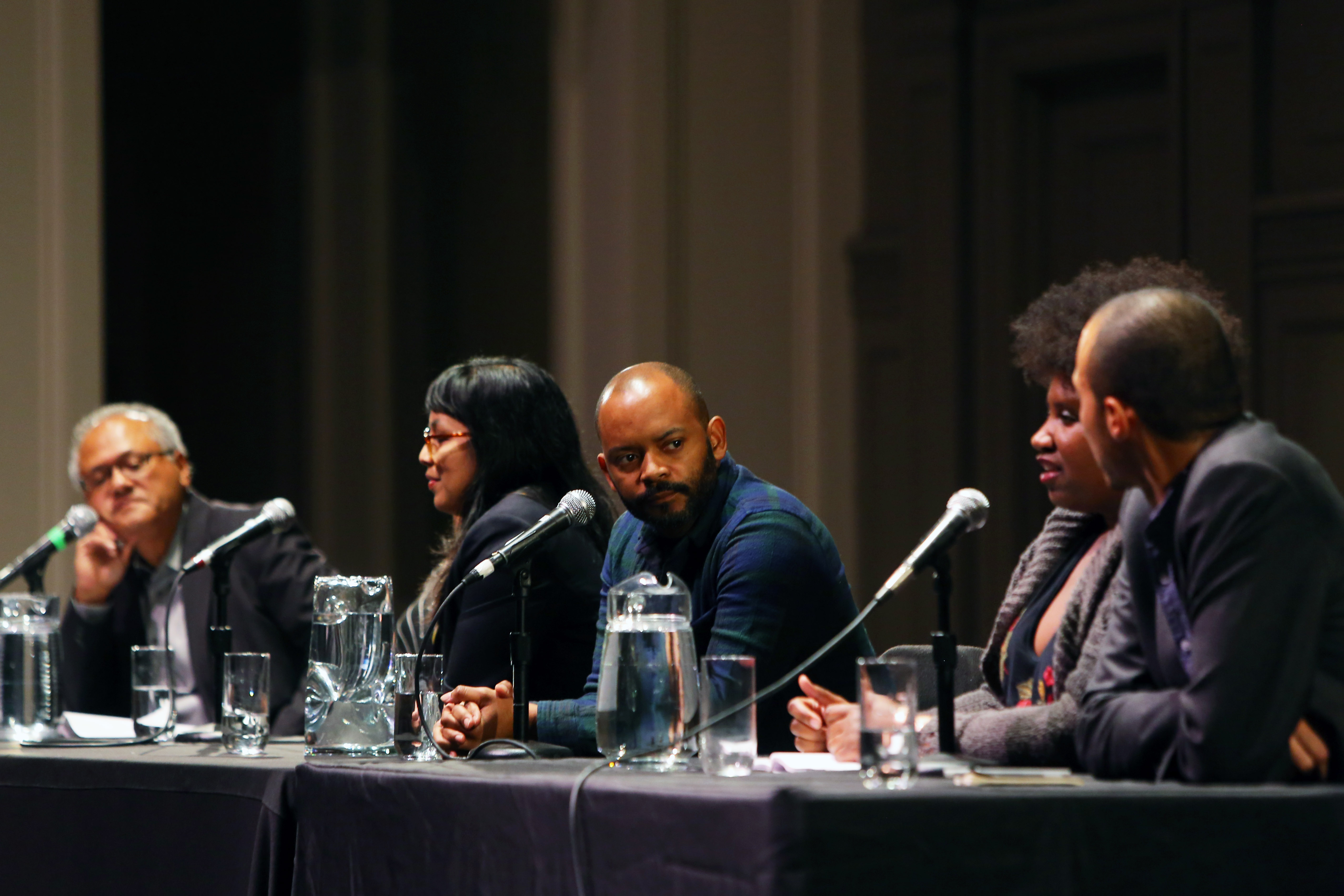 11 Oct In Seattle media, it’s still #JournalismSoWhite: An update on the state of Seattle’s newsroom diversity 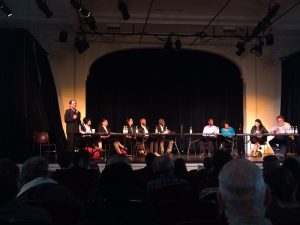 Our last #JournalismSoWhite panel was held at Rainier Arts Center, a cornerstone of the Rainier Beach neighborhood.

Late last year, The Seattle Times caught hell from its readers after a story about local musician Hollis Wong-Wearâ€™s band, The Flavr Blue, went viral. The storyâ€™s headline, â€œWarmth and intimacy from The Flavr Blue, with Macklemore sidekick Hollis Wong-Wear,â€ unfortunately undermined an otherwise thoughtful review of the talented Seattle bandâ€™s latest record, “Love Notes.” After Wong-Wear voiced her frustration about the â€œsidekickâ€ designation on her Facebook page, she received several apologies (and non-apologies) from various Times editors over the course of two months.

As a woman of color, the newspaperâ€™s insensitivity stung. â€œBut,â€ I thought, â€œThis is an anomaly. Things would get better.â€ But they didnâ€™t.

On Feb. 8, the newspaper said Seahawks running back Marshawn Lynchâ€™s retirement speech â€œwasnâ€™t classy.â€ The paper dehumanized Michael Flowers, a black man who was fatally shot in a Renton apartment, in a story published Mar. 23 by only describing him as a felon and not a father or son worthy of mourning.

I bring up these instances not because I have a vendetta against The Seattle Times or its staffâ€”in fact, please reach out to us on TwitterÂ with the hashtag #journalismsowhiteÂ if you can think of other examples from other Seattle news sites. As a former Times intern, I know how hard their reporters work to tell important stories and do good journalism. I bring this up because the Times is Seattleâ€™s last daily print newspaper and is read by more than a half-million people each day. And, most importantly, because I want to see it do better.

TheÂ Times‘ editors should look to local publications such as The Seattle Globalist, The South Seattle Emerald, and The International Examiner as examples for how to fairly report on raceâ€”and how to elevate the voices of journalists of color.

Many other Seattle journalists want to see local rags like the Times and other Seattle-based publications be sensitive and thoughtful in their coverage of diverse communities, too. Thatâ€™s why on April 12, hundredsÂ of journalists and communications professionals packed the Rainier Arts Center to discuss an important issue: that #JournalismSoWhite. The conversation was run by a panel of journalists including Yessenia Funes formerly of YES! Magazine, Venice Buhain and Christina Twu of The Seattle Globalist; and Tyrone Beason and Jerry Large of The Seattle Times.

The subject matter spanned personal tales of being pigeonholed as former newsroomsâ€™ Resident Non-White Person, the importance of elevating stories from communities of color, and demanding monetary compensation as freelancers and interns. As an early-career journalist myself, the evening covered questions I had previously been too afraid to ask, voiced my simmering frustrations, and spoke to many of my own personal experiences as a reporter of color.

The #JournalismSoWhite discussion made Seattleâ€™s lack of newsroom diversity increasingly apparent. And documenting the number of journalists of color in the cityâ€™s publications can be difficult.

â€œPublications are not required to release demographic information, yet it is no secret that at the helm of the majority of Seattle newspapers are newsrooms primarily composed of white journalists,â€ wrote Martha Tesema for Real Change.

In a 2015 survey for the American Society of News Editors, the Times reported that 20.8 percent of its staff were people of color â€” almost a 2 percent drop from 2004. There werenâ€™t any other Seattle-based publications included in the report.

This summer, the Asian American Journalists Association sent out surveys to local publications serving the Seattle metro area encouraging companies to self-report the ethnic and gender makeup of their newsrooms. Unsurprisingly, the results revealed what many of us already knew: that Seattleâ€™s newsrooms were overwhelmingly white.

This is why SPJ is bringing back #JournalismSoWhite for another discussionÂ on October 25 at Town Hall in First Hill. The discussion features Reagan Jackson, writer for The Seattle Globalist and South Seattle Emerald; Monica Guzman, columnist for Geekwire and The Seattle Times; Andrew Simon, fellowship and creative projects director at Grist; and returning panelists Venice Buhain of The Seattle Globalist and Tyrone Beason of the Times. The conversation will be moderated by Enrique Cerna of KCTS.

Stay tuned for a Q&A post with our panelists.