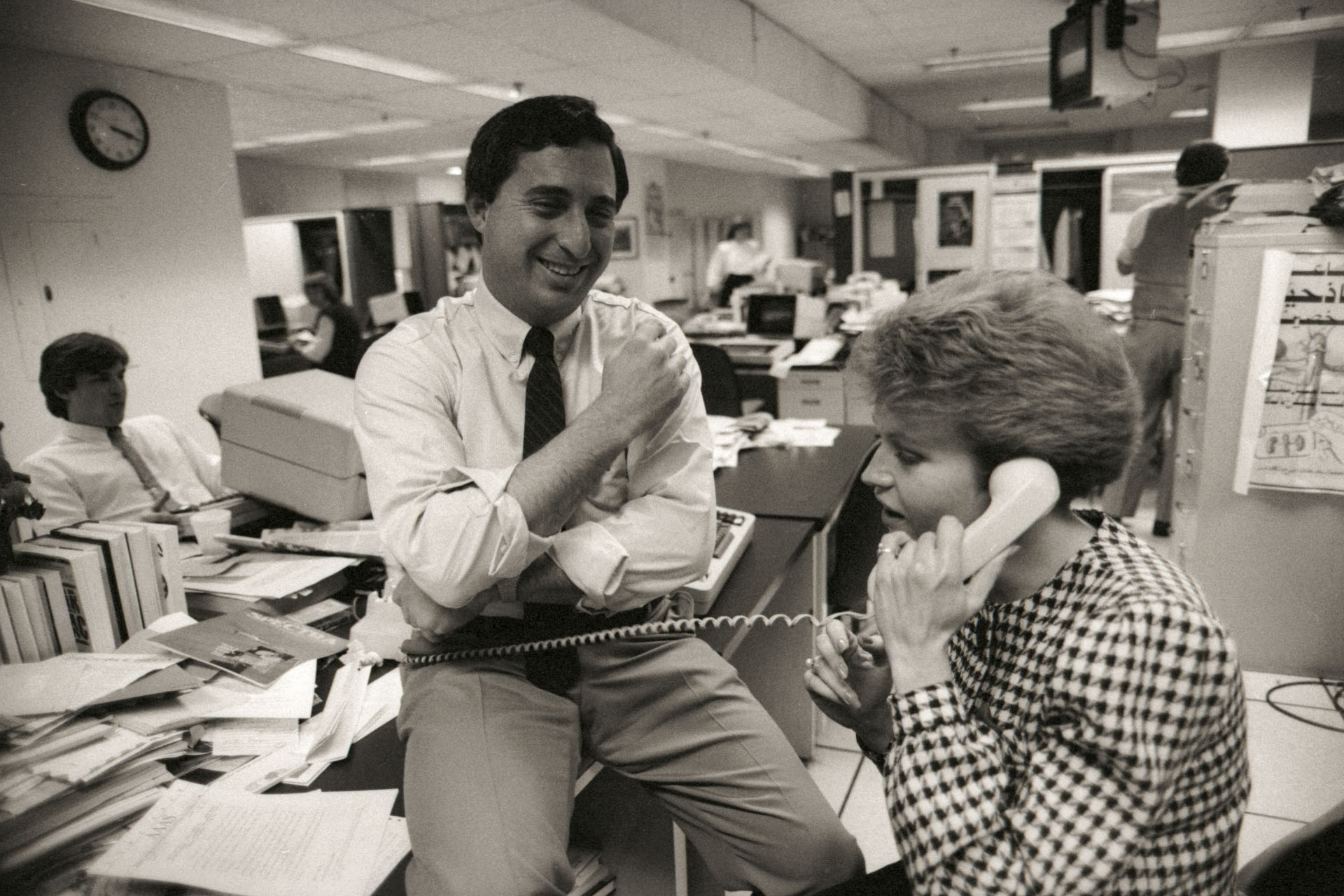 Many journalists today lack the resources to carry out specialized, in-depth investigative reporting. This grantÂ is now open to mid-career journalists in Washington state looking to fund an investigative journalistic project, either new or in progress. Applicants may be working with a news organization or freelance on the project.

Schneider, a former Seattle Post-Intelligencer reporter, won two Pulitzer Prizes at The Pittsburgh Press for stories on hazardous gaps in airline safety and on violations and failures in the U.S. organ-transplant system. His investigation of asbestos and theÂ vermiculiteÂ mine in Libby, Mont., revealed one of the worst cases of industrial poisoning in American history and resulted in an EPA Superfund cleanup. Schneider lived in Montana with his wife Kathy Best, editor of the Missoulian in Missoula and a former editor of The Seattle Times. He died at the age of 74 in Salt Lake City.

Schneider inspired scientists and journalists with his persistent and meticulous reporting. Jennifer Sass, a senior scientist at the Natural Resources Defense Council, wrote a tribute to Schneider in spring 2017, mentioning his work in Libby:

“Andyâ€™s writing documented the suppression of government scientists, public health experts and injured families. When I asked
Andy what kept him goingâ€”for yearsâ€”on that story, he said to me that he couldnâ€™t give up on those peopleâ€”ever. Andy was driven to make sure that the truth came out and that dedicated public servants were given a voice so that justice was done for the people that had suffered from that deadly mineral. His heart was as big as Montana.â€ 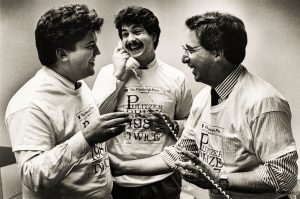 Dr. Aubrey Miller, a senior adviser to the National Institute of Environmental Health Sciences, spoke at Schneiderâ€™s memorial at the Newseum in Washington, D.C.

“Think for a moment about (how) things would have been without Andyâ€™s work (in Libby), about all the people that would have been â€“ and still would be â€“ exposed and become ill if not for his relentless efforts to understand the full dimensions of the situation and (his) courage and perseverance to tell the whole story. He not only earned our trust, but our respect, admiration and love. His pen gave voice to countless individuals in our nation, and globally, to protect and better their lives. His passion and spirit will be profoundly missed, but will not be forgotten. We all must now hold that torch up high, and put our lights on, because we still have a purpose to serve.”

Seattle Times reporter Hal Bernton recently described Schneiderâ€™s dedication to ordinary citizens and the health of the communities he served. 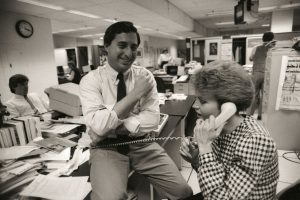 For those who were fortunate to call Andy a friend and colleague, this was a man who inspired â€“ and prodded â€“ us all to do better journalism. He insisted on doing stories that mattered and made a difference, where peopleâ€™s lives were at stake. He cared deeply and dug relentlessly to find the truth, and his legacy will live on in an amazing body of work. Andy did not write stories, take a bow and move on. He first started looking into the story of asbestos poisoning at Libby in 1999. Seventeen years
later, he would publish his updated book â€œAn Air That Still Kills.â€ He was saddened and angered at the conduct of the Environmental Protection Agency, whichÂ had declared its work largely over at Libby even though the asbestos mined there had been shipped and installed in buildings across America and still posed dangers.

In his preface he wrote,Â â€œIn an era of breathless 24/7 breaking news updates â€¦ I want to show that the tragedy of Libby has not only continued, it has grown more dire for the millions of people who unknowingly liveÂ with this unique, life-stealing fiber.â€

Len Reed, an editorial board writer with the Oregonian, worked with Schneider in the late 1990s and they were friends ever since. 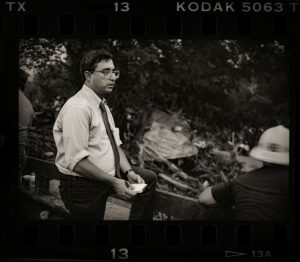 “What separated Andy from the pack was that his enterprise reporting always was rooted in social purpose: how to make things better for everyday people. He understood politics, government and money. But hisÂ grasp of the needs of people, and his compassion for their plight, fueled a keen mind and relentless pursuit of the truth. At aÂ craft level, Andy carefully mapped out his reporting into narrow silos, drilling deeply and avoiding the temptation to scattershoot or look for the freebie. In this sense he gainedÂ uncommon mastery of his subjects, engaging competently with epidemiologists and federal prosecutorsÂ and regulators who would come to view him not only as schooled but trustworthy. And along the way his geniality, coupled with an uncommon soulfulness, putÂ people at ease, creatingÂ intimate conversations that deepened his reporting and made his work so human. To talk to Andy was to believe: This guy cares. This guy is real. This guy is working. This guy is worthy of my confidence and trust. With full authority over his subject matter and full commitment to his sources, Andy brought to his projects the inevitability of success — a distinction as rare as it is earned.

Carol Smith, KUOW editor and InvestigateWest co-founder, shared the lessons she learned from Schneider over the years.

“The thing I learned from working with Andy on the asbestos stories is to believe in the long game, the power of patience. He stuck with stories, and with his sources, long after others would have given up or have been done with them. That was the strength of his reporting. His stories built on themselves until the case he’d made could no longer be ignored, either by the public or by the corporations he held accountable.Â

The second thing I learned from Andy is that there is no story without people. People mattered to him. His interest in his sources, and in the subjects of his stories went beyond the transactional. He didn’t want to get something from them. He wanted to give them something – a voice.Â

For years I jokingly referred to Andy as my “mentor/tormentor.” Mentor because he showed me how to be a better reporter. Tormentor because he pushed relentlessly for those around him to work harder, aim higher, and do better.”

Andrew Schneider, a two-time Pulitzer Prize-winning journalist, worked at uncovering truth, finding justice and giving voice to the voiceless as one of the nationâ€™s pre-eminent public health and environmental reporters. A former Seattle Post-Intelligencer reporter, Schneider worked at news organizations across the country, including in Washington, D.C., Pittsburgh and St. Louis. His investigation of asbestos and the vermiculite mine in Libby, Mont., revealed one of the worst cases of industrial poisoning in American history and resulted in an EPA Superfund cleanup. His reports on hazardous gaps in airline safety and on violations and failures in the U.S. organ-transplant system won Pulitzer Prizes. He was described as a â€œpublic health hero.â€

Schneider was known to keep digging on a big story. Many journalists today lack the resources to carry out such specialized, in-depth investigative reporting. SPJWashâ€™s inaugural Andrew Schneider GrantÂ is now open to mid-career journalists in Washington state looking to fund an investigative journalistic project, either new or in progress. Applicants may apply whether they work at a news organization or freelance.

To apply, please send the following items to spjwascholarships@gmail.com with the subject line â€œSchneider Grantâ€: