We are thrilled to announce photojournalists Jovelle Tamayo, Ramon Dompor and Sofia Jaramillo are this years’ winners of the SPJ Western Washington Passion Project grants.

Tamayo and Dompor won the 1st place award of $1,000 for their project, “The Deported” documenting the effects of immigrant detention and deportation on families in the US.

In their proposal they write:

“Sitting at the crux of the modern immigration debate is the separation of families due to detention and deportation. Through reportage and portrait photography, video and audio, we aim to document the effects of immigrant detention and deportation on families living in the United States, and to highlight obstacles in the path to American citizenship. Because both of us come from immigrant families, we believe our perspective allows for a more intimate look into the lives of families who are struggling through the American immigration system.”

Dompor andÂ  Tamayo are early career visual journalists based out of Seattle, and thus far have funded all the research and photography themselves. They plan on using the Passion Projects grant to continue photographing and filming a young family from Vermont “through their move and adjustment to a new life in Mexico, to their expected return to the United States,” as well as to offset costs of previous visits.

Solmarie Deida, 4, peeks out from behind her new passport cover on Saturday May 6, 2017, in Williston, Vt. Her father, Cesar Alex Carrillo, a 23-year-old Vermont dairy farm worker, was picked up by Immigration and Customs Enforcement (ICE) officers March 2017 for overstaying his visa. After eight weeks of detention, Alex accepted a voluntary departure order to Mexico, where he holds citizenship. He must remain there until his marriage visa is approved â€” a process which could take months or years. (Â© Ramon Dompor)

Accomplished photojournalists Peggy Peattie, Lisa Krantz, and Jake May volunteered their time to judge the Passion Projects. They had this to say about Dompor and Tamayo’s project:

“The judges feel their proposal addresses a very timely topic, one we are going to be dealing with for years to come.

The photographersâ€™ personal connection to both the issue and the subjects of their project thus far, is already strong. The images show a classic documentary photojournalistic understanding of capturing the intimate moments reflective of the emotional toll that immigration detention and deportation has on families. We witness the impact on a family, not just faces representing the news headlines.

The written proposal is concise, explicit, demonstrates a compassion for the people involved and a commitment to the project going forward whether they receive the Passion Project award or not. We are looking forward to seeing what this duo produces. Congratulations!”

The 2nd Place Passion project award of $500 goes to Sofia Jaramillo,Â  a staff photographer at the Yakima Herald, for her project “Migrant Sheepherders”.

In her proposal she writes, “In a time of increased xenophobia and a misunderstanding of migrants, this story demonstrates how important our migrant workforce is and humanizes the people producing wool and lamb.” 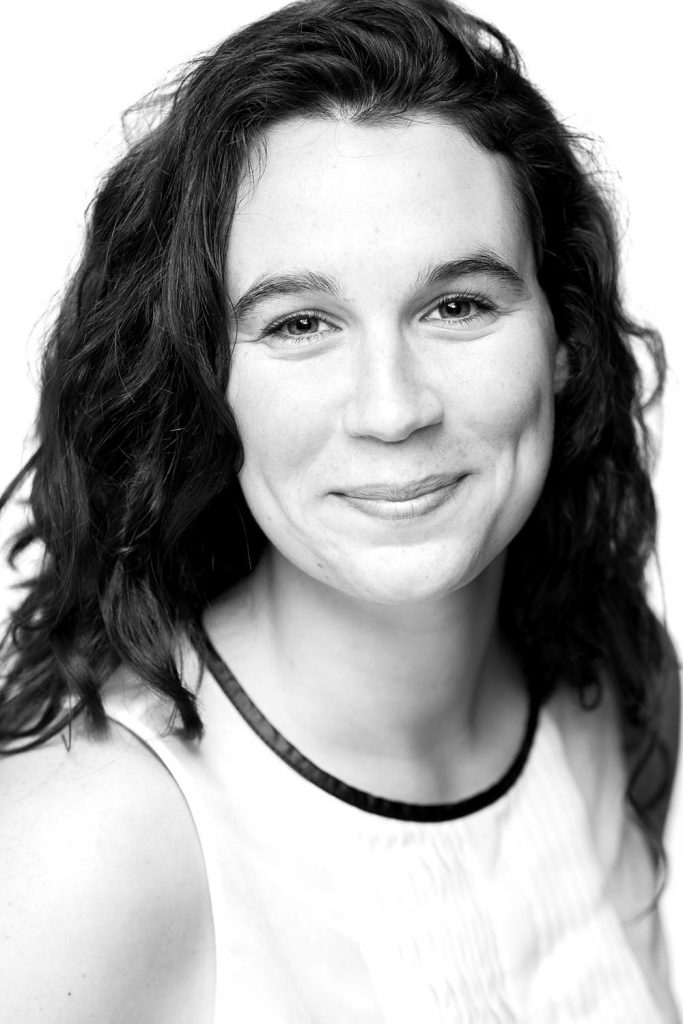 For the past year, Jaramillo has been examining the lives of Peruvian migrant workers who trail sheep in Washington state, a job that is “demanding, difficult, and lonely labor, that very few Americans will do.” she says.

In her application she explains:

Working on this personal project gave me an extensive knowledge of the sheep herding profession and the opportunity to form trusting relationships with the sheep herders.

With the help of this grant, I will revisit the herders for a week in August and capture a more intimate side of the story, the remote and forested setting and the impact of this work on the sheep herdersâ€™ lives.”

Judges Peattie, Krantz and May commented:

“Hers is a totally unexpected migrant story. She presents an incredibly well-written and researched proposal. Jaramillo made her proposal relevant to contemporary politics as well as presenting us with a window into a unique cultural aspect of farming that few people are aware of. This story has not been overdone! A specialized skill in farming with sheep that has allowed for the increase in migrants arriving and working here on these H2-A visas is a fascinating look into both this profession and the pending legislation on protection for migrant workers who already make less than minimum wage.

We are looking forward to seeing her expand on already beautiful and intimate scenes, more of the daily life, so we can feel we are there alongside them in the field. We are hoping to see her utilizing the time to bring us into their mindset when they are not working: Who they are as people, not just sheepherders.” 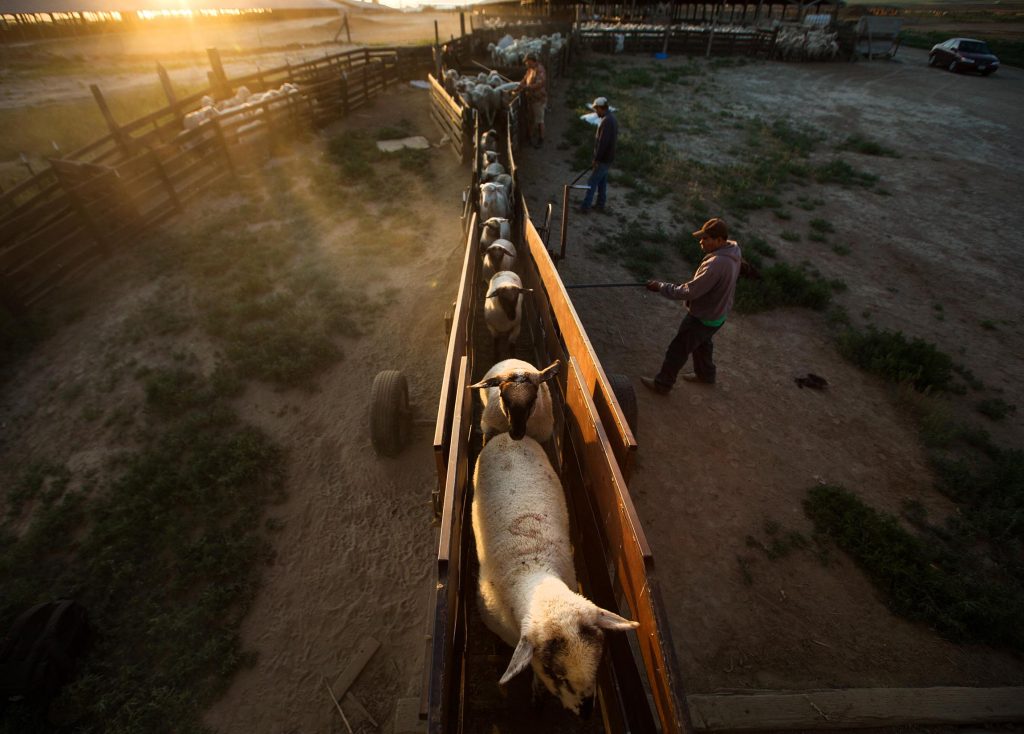 Sheep are loaded onto a truck at the Martinez lambing camp in Mabton, Wash. After spending the winter in barns, sheep are trucked out to various grazing allotments in the spring to feed. The sheep graze on private and public land in remote areas throughout eastern Washington. Herders must watch carefully over the sheep to protect them from predators. (Â© Sofia Jaramillo)

Congratulations to our winners!

The Passion Projects grants are a grassroots -funded effort spearheaded by the Western Washington photojournalism community who donate and sell their prints through live auctions, and from the generous support of the SPJ Western Washington chapter.

Our judges who generously donated their time to the Passion Projects are some of the most highly accomplished photojournalists in the industry and we were honored to have them participate.

Peggy Peattie, a photojournalist for 35 years, Peattie has won numerous national photography awards, winning Photographer of the Year for Region 10, and Greater LA POY six times! She teaches at prestigious photography workshops around the country and has been on staff at the Long Beach Press-Telegram in Los Angeles, The State in South Carolina and the San Diego Union-Tribune.

Jake May is a 2017 Pulitzer Prize finalist in the feature photography category for his project documenting the Flint, Michigan water crisis. He is currently a senior photojournalist at the Flint Journal and has won numerous highly acclaimed national awards including several mentions as Photographer of the Year in smaller markets. He currently serves as President of the Michigan Press Photographer’s Association and the Midwest Regional Chair.

Lisa Krantz, has been honored numerous times with prestigious national and international awards for her work portraying social issues in her community and beyond, including a POYi Photographer of the Year 3rd place, the POYi Community Awareness award, the NPPA Cliff Edom New America award, and a finalist in the 2015 Pulitzer Prize for Feature Photography in 2015. She teaches at many prominent photojournalism workshops and is currently a staff photographer at the San Antonio Express-News, following a stint at the Naples Daily News.

Join us for an evening honoring our winners at the Society of Professional Journalists, Western Washington Awards party at the Optimism Brewing Company in Seattle on Monday June 5th. Tickets are $20. Those attending will also have the opportunity to bid on photographic prints that will go to support the 2018 Passion Projects award.