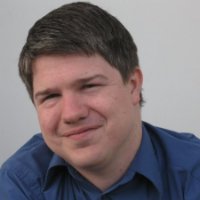 Posted at 10:00h in Contests, What it meant to win by Caley Cook 0 Comments
0 Likes
Share

— by board member Melissa Dahl

â€œSPJ has some amazing online categories now,â€ Hay said, adding that a stamp of approval from SPJ can play a part in helping independent journalists like him to â€œshed the stigma of bloggers being tabloid journalists, as opposed to someone who can operate a legitimate website and operate as a journalist.â€

Here, he chats with SPJ about what winning Best New Site meant to him.

Have work you’d like to see recognized by your peers? Check out this year’s contest and submit your entries today!

Q: What made you decide to enter the Excellence in Journalism contest?

A: â€œIâ€™ve been an SPJ member, I support SPJ and I know the money goes to a good cause. And I like being recognized by my peers; itâ€™s nice to be acknowledged and recognized.

But also, for what I do, operating a music blogging website, [the award] kind of distinguishes me a little bit from my peers. Itâ€™s something that a lot of other sites might not be aware of, or they might not consider themselves to be eligible for. (Editorâ€™s note: You probably are eligible!)

Q: You’re an independent journalist who last year won a prestigious, traditional journalism award. What did that mean to you, personally?

A: â€œOut of the awards Iâ€™ve won, itâ€™s definitely the one Iâ€™m most proud of. I started the website from the ground up. [The site] still says I won that award — itâ€™s one of the first things you see on the site.

Q: What do you think all of this might say about how the industry is changing?

A: Journalism, to me, is about telling stories, and chronicling history — and currently thereâ€™s so much change in the industry as far as what consists of a news website. Itâ€™s tricky to say that thereâ€™s any one direction that journalism is going, but itâ€™s nice to see that an organization like SPJ is recognizing the efforts of non-traditional media.

See a list of all of last year’s regional Excellence in Journalism winners.