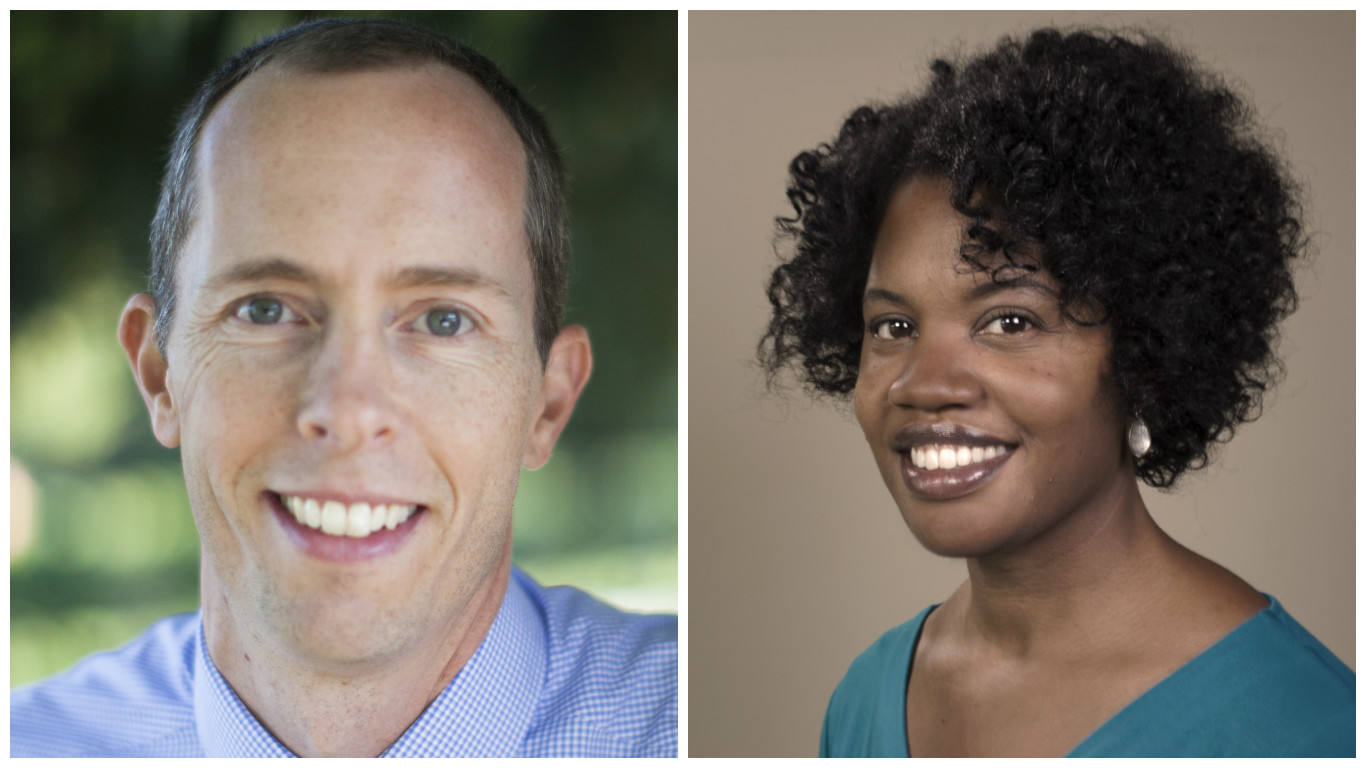 08 Jun Your emcees for the 2016 gala: Austin Jenkins and Sonya Green

Since January 2004, Austin Jenkins has been the Olympia-based political reporter for the Northwest News Network. In that position, Austin covers Northwest politics and public policy as well as the Washington State legislature. You can also see Austin on television as host of TVW’s (the Câ€“SPAN of Washington State) Emmy-nominated public affairs program “Inside Olympia.” Prior to joining the Northwest News Network, Austin worked as a television reporter in Seattle, Portland and Boise. Austin is a graduate of Garfield High School in Seattle and Connecticut College in New London, Connecticut. Austinâ€™s reporting has been recognized with awards from the Association of Capitol Reporters and Editors, Public Radio News Directors Incorporated and the Society of Professional Journalists.

Sonya Green is the News & Public Affairs Director at 91.3 KBCS. Sonya was recently selected as one of 19 for the Knight-Wallace Journalism Fellowship at the University of Michigan. She is the board president of the National Federation of Community Broadcasters, NFCB. She also sits on the media advisory board for the South Seattle Emerald. In 2011, Sonya was named Woman of the Year by the Bellevue chapter of the Business and Professional Women for her personal, professional and political leadership.

See them and many more journalists from around the area and region at the gala awards. Get your tickets now, before early bird prices end June 13!